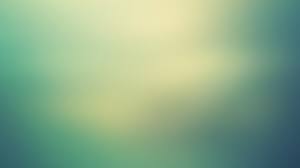 Been working on a few audio projects quietly, and some signs of each have begun to surface.

I’m working on starting a monthly/weekly podcast where every week I post a short edition with a couple background tracks and a run-down of local events of note, and then once a month, a longer, multi-hour show with a guest set – live or dj – interviews, round tables, a fuller event listing, new notable releases and some selections from myself in the mix.

This is just me using the soundcloud app to test out recording the event listing.

Next, Todd Keebs and I decided to start a new, monthly mix series for LAZERCRUNK, which we’re calling BLAST OFF, released each month ahead of the upcoming LC edition.
The idea is to feature our guest’s tracks, as well as keep you up to date with what sounds we’re feeling in the LAZERCRUNK universe. This first edition is from KEEB$,
and kicks off with a tune from this month’s guest, SWINDLE.

The third project is a small thing i’ve been doing at shows – just turning on the soundcloud record app during sets while in the crowd and seeing what I come up with.
Sometimes it might be crowd banter, a snippet of a set, or a full track with crowd noise. I got a couple decent recordings, so I posted things from a couple recent pittsburgh shows under the label IN THE PIT.