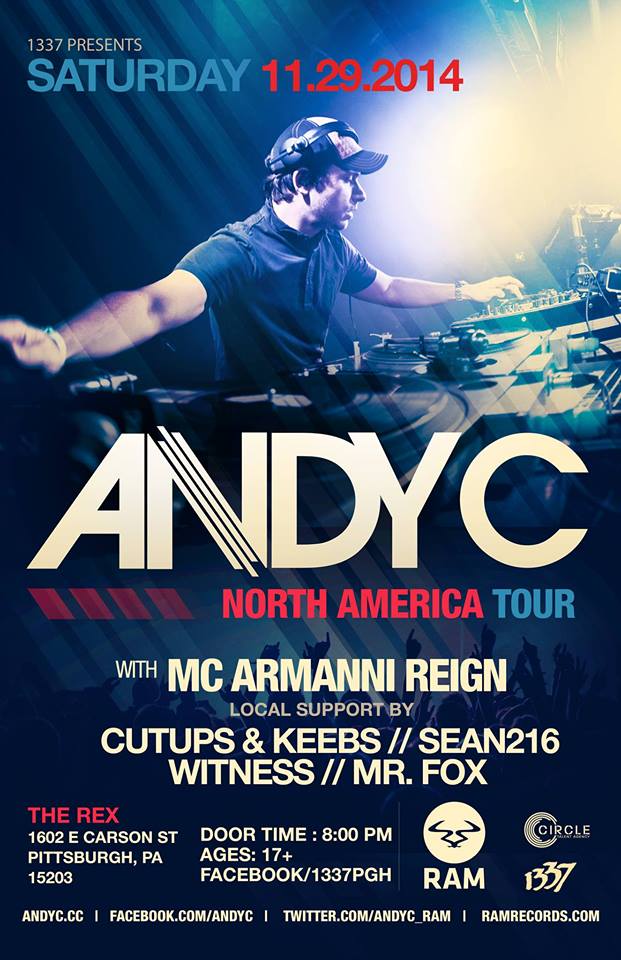 With 40+ awards to date, DJ sets that see him play mainstages from EDC to Global Gathering, and a reputation as the go-to remixer for the likes of Major Lazer, Rudimental, London Grammar and beyond, Andy C’s list of achievements grows by the week.

A reputation as one of the most significant British artists in global dance music has been hard earned, but it’s hard to place the tipping points. Was it his performance at Radio 1’s Hackney weekend, where his set was watched online by more people than either Jay Z or Rihanna? When he performed to 85,000 people at Glastonbury in 2013? Or when his remix of Major Lazer charted on iTunes after being added to the Radio 1 Playlist?

Andy’s success and status as a festival main stage headliner and DJ who guarantees sell-out roadblocks are driven by a phenomenal work ethic and the kind of tour schedule that makes rock bands look like part-timers.

Recognised as a cover star by both Mixmag and DJ Mag (he also won the latter’s Best British DJ Award 2013), he recently sold out London’s Electric Brixton in a matter of days. His eagerly awaited Nightlife 6 compilation ran riot across iTunes dance compilation chart and hit No.1 on Beatport….

Armanni performs with many of the top Drum and Bass as well as Dubstep artists at almost all the top shows. Residencies have included Bassrush (LA), Platinum (Philly), DJ Series (Philly), Metalheadz, Heavy Duty and Ultraworld at Sonar (Baltimore). He has amazed crowds at the World of Drum and Bass, Electric Daisy Carnival, Nocturnal, Together as One, Starscape, Buzz, Ultra and many other massives sprawling from New York to Japan and from London to Australia. Armanni has toured with the likes of Goldie, DJ Craze, Kenny Ken, DJ SS, Dieselboy, Andy C and is frequently requested to MC exclusively for many other top djs in the industry.

♦ 17 +
♦ $25 Presales
♦ Only ten dollars for those who attended the Andy C show on June 24th. We have an email list that you all signed still. Will answer further questions about this in the future.

Thank you for all your support. Last time Andy C’s flight got canceled last minute. We are very happy to have the chance to make things right and try his again. This is a Saturday show now instead of a Tuesday.