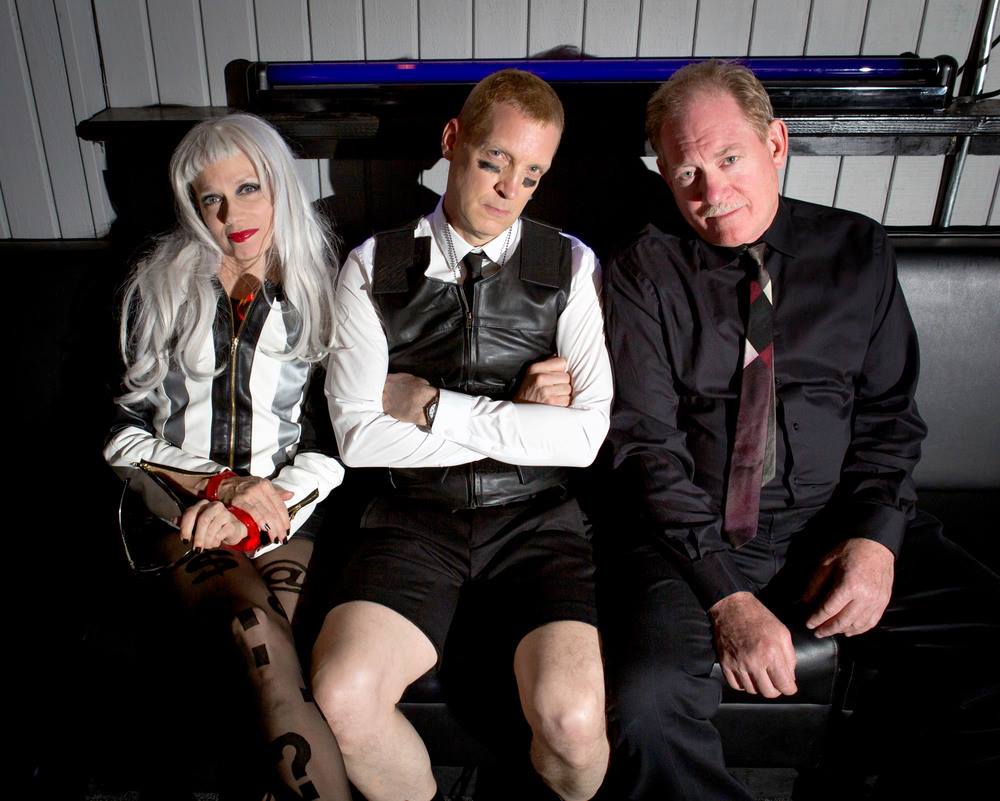 the Pittsburgh debut of synth-punk pioneers

New York/Philadelphia based synth-punk, electro-wave pioneers, Crash Course in Science (Dale Feliciello, Mallory Yago and Michael Zodorozny), have been making their distinctive noise-pop dance music for quite some time. Using primitive analog drum machines and homemade synthesizers, they released their first 7” single “Cakes in the Home” in 1979. Their darker follow-up release, the influential “Signals From Pier Thirteen”, originally came out in 1981. The latter contained the underground club hits “Cardboard Lamb” and “Flying Turns”. In 2009 the band re-emerged as a live act accompanied by original producer John Wicks and the Enchantress of Bioluminosity Andrea Beeman.

A 12” picture disc of “Flying Turns” featuring remixes by Ricardo Villalobos, Einzelkind and Frost was released on Pressure Traxx Records in 2013. The track has also been remixed by Terence Fixmer, Danton Eeprom, and the band themselves, and was released as a 12” single on Terence Fixmer’s Jupiter label in 2009. “Flying Turns” remains one of Crash Course in Science’s most recognized and most licensed tracks.

Vinyl On Demand in Germany released the Crash Course in Science box set in the fall of 2009. This limited edition of 600 vinyl copies contained 3-LP’s and 1-7” single and sold out quickly. The box set contained the first appearance of the band’s previously unreleased debut album “Near Marineland”. In 2012 Vinyl On Demand re-issued the box set as a 2-CD set. The vinyl re-issue of the same set was on the UK’s Record Collectors most wanted list. “Near Marineland” and “Signals From Pier Thirteen” are now available on iTunes as well as other digital music outlets on the Schematic Records label. “Signals From Pier Thirteen” was re-issued on vinyl by San Francisco based label Dark Entries in 2014 and a 12” single version of the song “Jump Over Barrels” was released by Dark Entries in 2015 which included a remix by Charles Manier.

“Cardboard Lamb” was the ‘inspirational basis’ for the massive 2002 club hit “Bucci Bag” by Andrea Doria, borrowing heavily from the original track. “Bucci Bag” has been used as a soundtrack for red carpet arrivals, on the television shows “Entertainment Tonight” and “The Insider,” and was also included in the soundtrack to “The Sopranos” video game. The original track “Cardboard Lamb” has been remixed by Vitalic and David Carretta and was released as a 12” single on Terence Fixmer’s Planète Rouge label in 2007. “Cardboard Lamb” was included in the soundtrack of “Interior. Leather Bar.” a film by Travis Mathews & James Franco in 2014.

Crash Course in Science’s music has been included on many compilation albums over the past several years, the most notable being “The Minimal Wave Tapes Volume One” released on Stones Throw / Minimal Wave in 2010, compiled by Minimal Wave founder Veronica Vasicka and Peanut Butter Wolf. Most recently the track “Jump Over Barrels” was featured on Trevor Jackson’s Metal Dance 2 compilation.

Crash Course in Science’s European tours included appearances in Spain, Germany and Belgium in 2015, Easter Rewind Fest 2012, Rewind Mini-Fest 2010 and Bimfest 2009. In the US they have played to enthusiastic houses at venues ranging from Le Poisson Rouge NYC to the Museum of Contemporary Art Detroit to Chicago’s Empty Bottle.