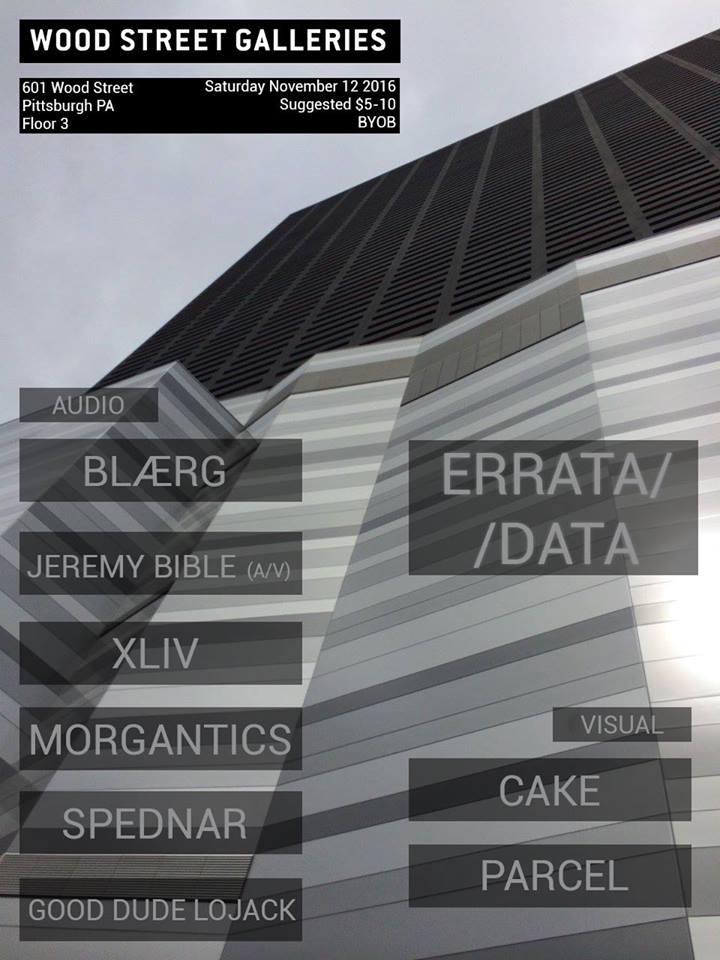 Featuring:
BLÆRG (MN – Naboa, Bottle Imp Productions):
BLÆRG emerged when Scott Wehman (initially a bassist performing in death, progressive and doom metal bands from ages 15-21), began searching for alternate musical outlets. Following the instructions found in an article entitled “How to Begin Experiments in Electronic Music,” Scott obtained his first pieces of rudimentary equipment via the internet, began his own solo experiment. The freedom he readily embraced utilizing these new tools was found to be refreshing after the inconsistencies and lack of creative liberties found in a band setting. Soon he found that his reach far exceeded the grasp of the meager memory capabilities of his hardware and he enlarged his search radius. This led him to peer-to-peer music sharing which further expanded his scope of musical possibilities by both allowing access to current practitioners of fringe electronic music as well as pirated software with far greater capabilities than 15 year old MIDI hardware. “I became obsessed with this “new,” music (breakcore/idm etc.) and the literally endless possibilities / freedoms it implied. My total fascination with the idea of sampling/manipulation continues to thrive and grow to this day.”

BLÆRG’s fierce determination to unleash this sonic onslaught led to many local Midwest performances (the most numerous of which took place in Detroit Michigan), eastward to New York City and even internationally to Toronto, Canada, Ghent, Belgium and Rotterdam in The Netherlands in 2004. BLÆRG has performed and appeared on compilations alongside a variety of notable artists including Dev/Null and Xanopticon, released a number of albums and EPs and returned to international touring in 2015 (UK, Germany).

Jeremy Bible is an American interdisciplinary artist focused on the intersection of sound and light. Taking cues from his background in field recording and photography, his work occupies a shared space between multi-channel audio-visual installation and compositional practice. Utilizing acousmatic sonic diffusion techniques, Bible strives to construct an environmental experience that is at turns profoundly sensory and beautifully surreal.

Through a fusion of angular electronics and immersive ambience, Bible invites listeners to explore an eco-futurist environment that challenges the established topographies of time and linearity. His sculptural soundtracks range in tone from meditative to jarring, creating a dynamic accompaniment to the visual components of each performance. As long, lingering shots of sweeping landscapes and panoramic vistas merge into one another, Bible’s sound design helps us see these familiar terrestrial forms in a renewed and alien light.

Bible’s works have been presented at the Cleveland Museum of Art, Akron Art Museum and MOCA, as well as numerous other events, galleries and festivals over the course of his 20-year creative activity.

MORGANTICS (Cosmic Sound):
Morgan Visnesky has been producing music under the name morgantics for 9 years now, with an influence taken from progressive swung instrumental hip-hop beats and obscure sonic territories. His focus in recent has been footwork experiments with the 80/160 crossover, and live performances utilizing hardware drum machines and an expansive modular synthesizer.
https://www.instagram.com/morgantics/

Good Dude Lojack (La Squadra/MISC/DME):
Pittsburgh native Luke Starcher, better known in the streets as Lojack, a devil-may-care musician drawing from abstract broken beat, deep house, emotive post-rock and dub techno. His group Smooth Tutors has 7” and 12” vinyl releases on PGH-based label The Harmony Society. He has experience rocking dance floors across the region, with numerous live performances including the VIA Festival and Altered States.

With Interactive visuals and VJ work by:

Ongoing Ryoji Ikeda installation Data.Matrix will be available for viewing until 8pm on the 2nd level.