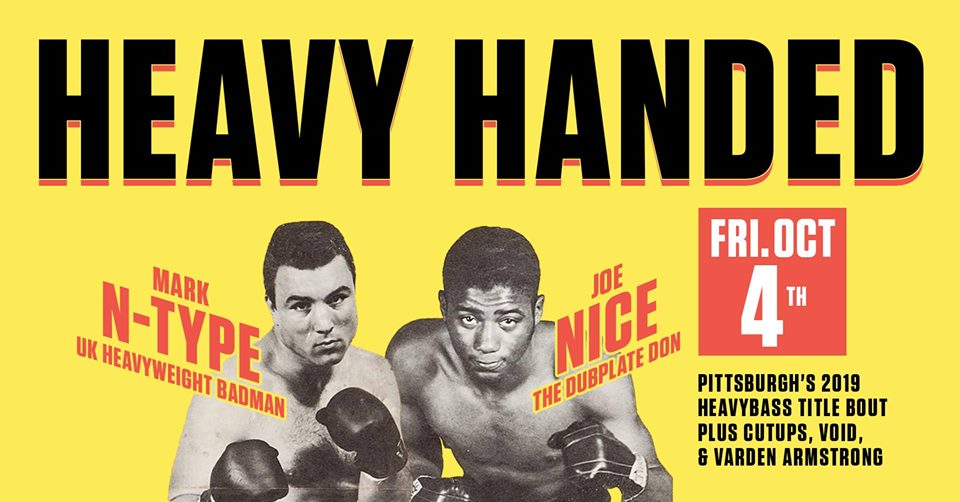 We bring 2 of the world’s best deep dubstep selectors in a match-up of epic proportions.

***HEAVYBASS DIVISION TITLE BOUT***
N-Type (Croydon London, UK) – Wheel & Deal Records / Rinse FM
Since the beginning of dubstep, N-Type has been truly instrumental in its progression as a DJ, producer and label boss. His heavy and dark sound is known to smash dancefloors to smithereens and this performance will no doubt, be the same.
https://soundcloud.com/n-type

Joe Nice (Baltimore, MD) – Gourmet Beats / Sub FM
Matching N-Type in nearly all categories, Joe’s musical selections are almost as infectious as his presence behind the decks. A true force to be reckoned with both mentally and physically, Joe’s gym bag will be overflowing with fresh dubplates to work over.
https://soundcloud.com/JoeNiceDJ

Heavy Handed is a collective dedicated to pushing the heavy, but mature sounds of deep dubstep, grime and dub.