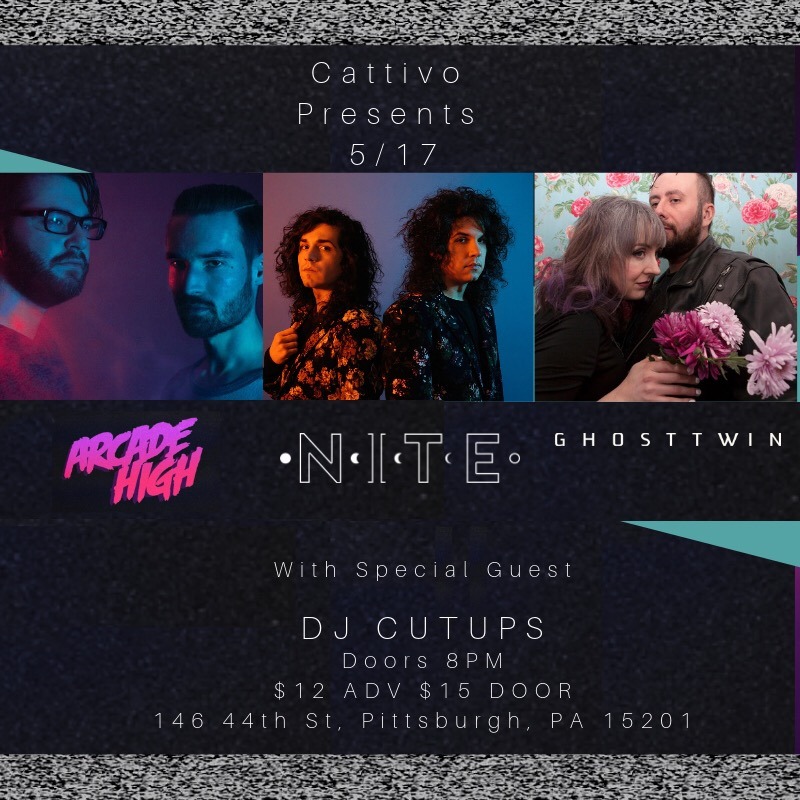 From the Dallas Observer:

As the ’80s continue to disappear farther into the rear view mirror, the era continues to be a source of reference for a new generation of artists. From denim jackets and shoulder pad-emblazoned fashion trends to the cinematic homages of Netflix’s Stranger Things, the decade of Reagan, MTV, and New Coke continues to be in vogue. We’re even resurrecting the Cold War with Russia. The decade’s reach also expands to music, where synths, horns and lush production qualities have again begun surfacing in the sensibilities of many of today’s artists.

As the dual lead figures of NITE, a quickly rising Dallas band, twin brothers Kyle and Myles Mendes haven’t shied away from the ‘80s musical ethos. Trafficking in dreamy pop-synth soundscapes that reference some of the ‘80s touchstones, the band leans heavily into the moods and emotions of their songs. From the buoyantly infectious grooves of “Godless City” — a track that has gotten recent airplay on KXT 91.7 — to the more quietly subdued “Dream of You,” NITE’s music would fit right in on radio playlists, circa 1988.

Their influences were there from the start. When the brothers were students at the University of North Texas in Denton, they found themselves listening to lots of classic synth pop and modern pop music. “Bands like New Order, Empire of the Sun, The Cure and White Lies are some of our biggest influences,” Kyle Mendes wrote in a recent email to the Observer.

Since solidifying the band in the latter half of 2013, they’ve frequently been recording new music and working to perfect their signature sound. They’ve also been pounding the pavement, relentlessly touring across North America and sharing stages with many of their idols like Howard Jones, A Flock of Seagulls and The Alarm.

This week, we’re proud to premiere the debut video for their track “I’ll Be Back Again.” A tightly constructed song about someone overcoming the pain of the past and turning attention toward the possibilities of the future, it seems tailor-made for repeated summer listens. The video, of course, is also straight out of the ‘80s playbook.

“Hearing [the song] immediately put visions of the ’80s through the lens of John Hughes in my head,” says the video’s director, Ryan Polly. “With the NITE boys you can always expect an ‘80s vibe, but this song in particular struck me as very nostalgic for that time. Being a huge fan of John Hughes myself, I thought it would be great to create the video as sort of an homage to him.”

The pastel-tinged color palette, the sulky teenager seen lip-synching into a hairbrush and the over-the-top special effects will be familiar to anyone who’s logged hours watching cinematic treasures like The Breakfast Club or Pretty In Pink. The video is also neatly framed with an introduction and concluding coda that serve to emphasize the drama playing out onscreen.

“Genre mixing is something that I have always loved,” adds Polly. “The thought of a high school girl-led romantic comedy with hints of Marvel comic book and horror elements really excited me. I think we hit a ridiculous tone that I’m honestly very proud of.”

Polly, who along with Grant Wakefield and Daniel Routh, owns the Denton-based production company Maker Table, goes back a ways with the band and has a solid appreciation of their vibe. “Ryan also helped capture our first-ever performance as NITE for the Down Sessions, where we filmed in an old, abandoned haunted house in Denton,” Myles Mendes says. “He’s always had an eye for aesthetics that we feel enhances our work as songwriters, which is why we love working on ambitious projects with him.”

To film the video for “I’ll Be Back Again,” the band and filmmaker again assembled in and around Denton this past December with a 12-person crew. Polly’s editor, Joy Michael, locked in the picture before passing things off to Dallas-based musician/visual effects artist Rob Martinez, who in turn added some “movie magic.” Last month found the crew performing a sound design/mix session with Brad Nyght and adding in a color grade. All in all, the process took a little more than two months from start to finish.

“I’ll Be Back Again,” the third and final single off last year’s Reborn album, is serving as both a catapult into a busy touring schedule and a bookend to the album cycle. NITE are back in the studio writing and recording their third release and will perform at SXSW where they’ll kick off the Cleopatra Records’ Showcase.